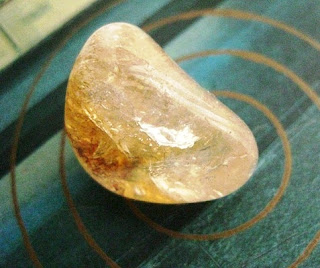 Birthstone for November, citrine is the colour of sunshine, sure to brighten up cool, Autumn days. The name comes from the Latin for lemon yellow, 'citrina.' This golden gemstone is a member of the quartz family and can vary in shade from barely there yellow through to a brownish whiskey colour. It is a hard and resilient stone (7 on Mohs scale). It wont scratch too easily and will stand up to a lot of knocks and bumps. This glorious gem adds instant elegance, especially if worn with a simple outfit, like that LBD for the festive party nights. Just of hint of the liquid honey with a plain dark dress in black, chocolate, titanium grey or darkest navy is enough to garner a sophisticated look. Less is more. Put on a pendant or some earrings and wont need any other jewellery. Just grab your handbag  and you're good to go. Natural citrine is very rare. Its yellow colour comes from the presence of the mineral iron. I only recently learned that the much of the citrine stones found on the market are actually amethyst that has been heated up to 560 degrees, causing the original purple colour to change to a honey hue. Far from being a modern process, this treatment of the crystalline quartz has been around for almost 200 years and has earned a certain respectability in its own right. Apparently, a heat-developed citrine will have stripes of colour, discernible only to an expert eye, whereas the gold of a natural stone will be more cloud-like. Spain and Brazil both boast fine specimens of citrine, but it is not found exclusively in those countries. In Europe, France and Hungary also have a history of mining it.
This lemony gem is the symbol of wealth, prosperity and success.  Traditionally it was believed that if you kept a specimen of the stone in your purse or wallet it would  attract money into your life.  we should add some to the coffers of the country! I wonder if this association was born out of its gold-like appearance. 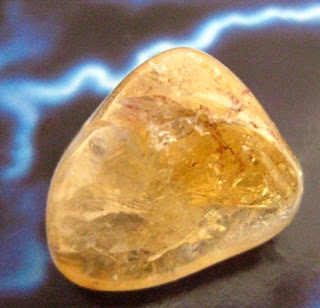 Healers who use gemstones have long associated the stone with aiding digestion and with providing clarity and enlightenment.

Citrine is the designated stone for the 13 and 17th wedding anniversary. It is the official birthstone for the month of November. If you have a birthday in November, have a bright one!